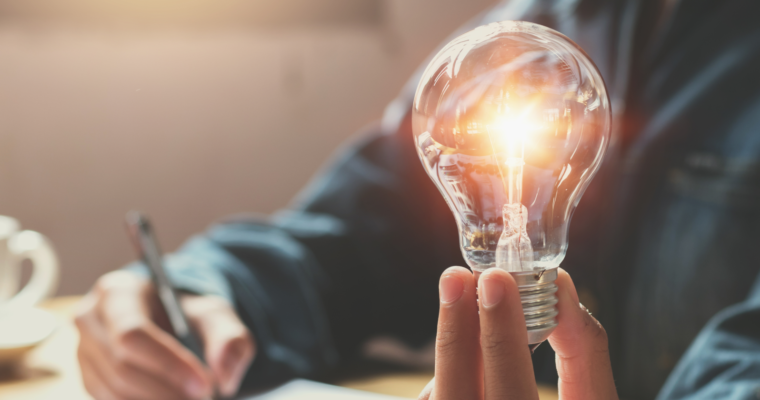 As we near the end of another eventful year in SEO, let’s reflect on seven important developments and takeaways that stood out.

We’re nearing the end of an eventful year, and so I figured it would be interesting to reflect on what I’ve learned about SEO this year.

In the process, I realized that some of the points I ended up writing down have been lingering in the back of my mind for quite some time – but were confirmed this year.

Here’s what’s stood out to me this year so far.

I see a lot of SEO professionals obsessing about new developments that will – or may – become important in the future while neglecting what’s working well right now.

They’re neglecting to really do what’s needed to hit their goals for 2020.

Now, it’s important to look ahead and see where the ball is going.

In fact, that’s essential for succeeding in SEO.

At the end of the day, it’s your job to do whatever works now, and in the future.

Take whatever you learn about new developments you dig into, apply it to what you’re doing right now, and include it in future plans.

2. Google Has Become a Lot Stricter About What Content It Indexes

Ever since the May broad core update rolled out, Google has been a lot stricter about what content they’ll spend their indexing resources on.

It seems they’re done with being fed low-quality content.

Rightfully so: most of the content that’s being created adds little to no value.

The downside of this is that it looks like there’s a lot of collateral damage.

While most established, authoritative sites can still get anything to rank, the little guy/gal now needs to work twice as hard to get into Google’s good graces.

What’s made this even more tricky is the fact that a few weeks later, Google started experiencing indexing issues.

Many SEO professionals thought the issues they were having were related to this, but after it was resolved, their indexing issues persisted.

So, what can you do to keep your content indexed?

This is a bit of an open door: do whatever you can to make sure your article adds the most value to your visitors and sends all the right signals to Google to get it indexed.

Be sure to back up its claims with authoritative sources, and include references.

Then build internal and external links and make sure people start talking about your content on social media.

Over the next few years, we’ll see a dramatic shift in how content is created.

With the rise of OpenAI’s GPT-3 and the likes of MarketMuse’s First Draft, content marketers will move into an editorial role.

AI systems will be given the right input and will draft content.

Then editors will finalize and publish it.

Even though GPT-3 can already do impressive things – including fooling a lot of Redditors into thinking it’s a real account – it still has a long way to go to churn out content that’s comparable to what’s written by humans.

It’s clear to me, though, that a content marketer’s role is going to change dramatically over the next few years.

This year we’ve seen a lot of developments when it comes to featured snippets.

Google may even start combining multiple passages from different articles into single answers.

Only God knows who’ll get that click – if anybody even does!

But as a Google user, I’ll have a better experience if this helps me to satisfy my query much faster.

5. There’s No ‘One Truth’ When It Comes to Your Rankings

Regardless of whether your rank tracker updates daily, bi-weekly, or monthly – it’s never going to give you the exact positions for your queries.

Because of previous search history, location, freshness indicators, experiments being run by Google, new content making its way into the SERPs, and more.

Rankings are a snapshot of a partial truth, an approximation of what you can roughly expect them to be.

I’m not saying there isn’t a use for rank trackers anymore, because there is.

They’re useful to keep track of your positions, but it’s not smart to rely just on them.

Always combine them with Google Search Console and Analytics data to get a better picture of how your SEO performance is evolving.

Although it’s not a sexy subject in SEO, consistently sending correct crawling and indexing signals to Google is key if you want to see predictable crawling, indexing, and ranking behavior.

No joke, it is the worst. Cleared the cache again, even worse? It's Joomla 🙂 Send thoughts and prayers

This especially holds true in the current situation, where Google has temporarily disabled the “Request Indexing” feature in Google Search Console.

While this reduces your control, if you stick to all of the best practices around crawling and indexing, you should be fine.

With all of the new SEO developments going on, it’s easy to lose sight of the basics such as canonicalization, robots directives, robots.txt, sitemaps, and internal link structure.

You want to keep Google from having to create their own definition of your canonical URLs.

This especially holds true in the current situation, where Google has temporarily disabled the “Request Indexing” feature in Google Search Console.

While this reduces your control, if you stick to all of the best practices around crawling and indexing, you should be fine.

With all of the new SEO developments going on, it’s easy to lose sight of the basics such as canonicalization, robots directives, robots.txt, sitemaps, and internal link structure.

You want to keep Google from having to create their own definition of your canonical URLs.

7. Even Google Suffers From Serious Bugs

We all know 2020 has been an eventful and all-around rough year for most.

And Google hasn’t been impervious either: they’ve had their fair share of problems, too.

Especially during the past few months, when they’ve been having serious issues with their indexing systems.

Here are some recent example issues:

This goes to show that even companies that can afford to hire the absolute best suffer high-impact bugs.

Maybe Google will return the “Request Indexing” feature for Christmas?